Awnings Are a Hit for Customers at the Leaside Hotel

SWR don’t just supply and install home improvement products for domestic customers. We do commercial properties too. Take this award-winning hotel in the centre of Luton for instance.

A restored Victorian villa, the Leaside Hotel is just 300 metres from the Luton railway and bus station. Its location means the Leaside’s ideal for businessmen and visitors who want an easy route to London. One of the draws that keeps people coming back (especially in the summer) is its outside bar – frequently visited by those staying at the Hotel.

Hotel Owner Paul McCrum liked how the outside bar attracted people during sunnier, drier periods. However, it wasn’t busy during the colder months so Paul thought an awning would be a good solution to the problem.

Paul said: “I needed a large commercial awning more for winter protection rather than to provide shade for the summer. My thoughts were that a large shelter from the rain just outside the entrance could extend the bar area and increase the amount of customers.

“I wanted a Markilux model due to the good reputation and we originally got a price from another company. However, SWR quoted £800 less and were local so we decided to go with them.”

Paul initially wanted a fixed canopy but changed his mind to a retractable canopy after visiting our showroom and speaking to an advisor. The customer eventually settled on a Markilux Syncra frame and two 1600 Semi Cassette Awnings. We then arranged a site survey to get the exact dimensions.

The Markilux Syncra is a free-standing awning, ideal for commercial use as it can provide up to 60 m2 of stable shading. A massive crossbeam ensures complete stability while the two slender posts can be firmly anchored to the ground or installed using stabilisation boxes.

You can also fit the Syncra with other patio awnings from Markilux. On this occasion, the customer chose two 1600s – known for their striking semi-circular design. Even though it’s a semi cassette, the 1600 is almost fully covered when closed while the top cover adapts itself to the angle of the awning pitch and closes flush with the front profile when retracted.

A round 50mm torque bar also gives the Syncra incredible resistance to any twisting and deflection. There’s even a range of option available such as ShadePlus, an additional fabric panel the customer chose to shield eyes from low-lying rays from the sun. 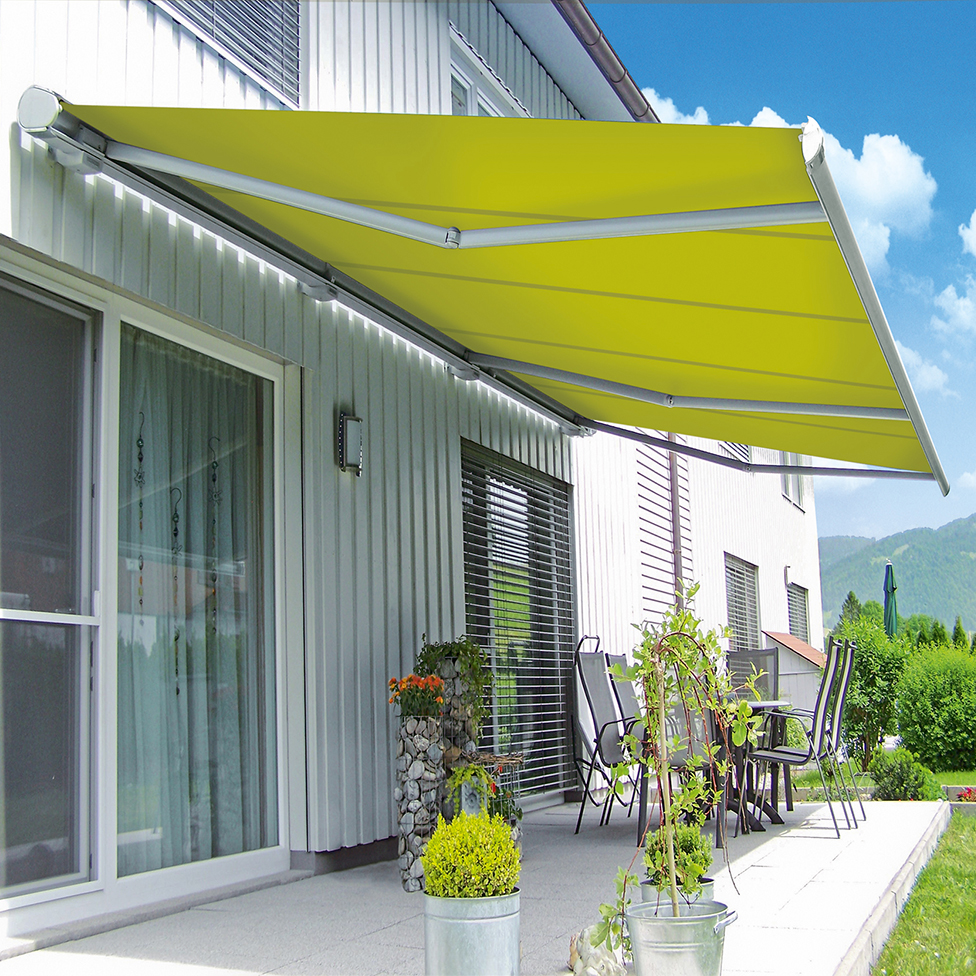 The outside area of the hotel is on a slope, which meant we had to adjust the angle to 15° so water could drain off the canopy during rainfall. It was also near the entrance, so posts had to be at the exact height to avoid obstructing customer movement when the canopy was extended.

Remote or electric versions are available but Paul decided manual operation is best suited for his requirements. Despite the challenging installation, Paul is very happy with the awning and has already seen a positive effect on his business.

“We’ve seen a dramatic increase in customers due to the shelter the awning provides. SWR’s service is very good and I’ve already recommended them to several people I know.” Mr McCrum

What Do People Say